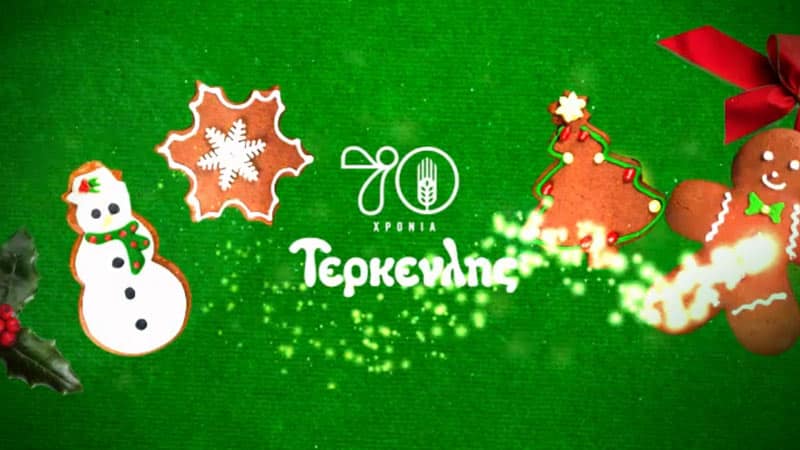 The pastries of Terkenlis become live through playful animations, giving life to the Christmas spirit. The post was published on the occasion of the Christmas festive season, and was part of a broader campaign that included 11 published posts with Christmas and New Year’s Day content. This year, Terkenlis patisserie becomes 70 years old (1948-2018). Simultaneously with the festive spirit of the post that we published, we also communicated the 70th birthday of the patisserie, through the motto: “70 Years of Terkenlis – It Smells Love”.

The post was designed in such a way – vivid color, motion, and cheerful mood – that it is attractive and interesting to the audience of the page, 68% of which are females, mostly of a young age, i.e. 25-34 (34%) & 35-44 (16%). The aim of the overall campaign, which also includes this post, was to enhance Brand Awareness among page fans, as well as increase purchases during the festive season, which is one of the busiest and most profitable periods for the confectionery industry.

The post was designed on a green background, which symbolizes a Christmas couvert, and reminds of a festive dinner. On this, and aligned to the center, we placed the company’s logo with the graphic design of the 70 years that we communicate. Moreover, at the top right and bottom left corners, there are 2 Christmas ornaments – a red ribbon and a mistletoe – which highlight the festive spirit of the holidays. As the video animation continues, 4 different elements pop out from the 70 years logo, and after they follow a playful course through a star animation, they take their place on the cover. These elements are real pastries/biscuits from the patisserie, which were photographed by us individually in a studio, and then, after their digital processing, their background was removed, and they were isolated and entered into After Effects as 3D objects. The movement of the elements takes place gradually, with the appearance of a star that reminds us of the Christmas star, which starts from/emerges through the Terkenlis logo, symbolizing, in this way, the fact that these pastries on display have been created by it. The chosen pastries were a snowman biscuit, a snow flake biscuit, a Christmas tree biscuit, and a gingerman biscuit. All of these 4 pastries are real, and were sold at Terkenlis stores across Greece during the holiday season.

The offline response of the audience was also positive, since it managed to significantly increase the sales of the animated pastries and biscuits in the post, during the holiday season. 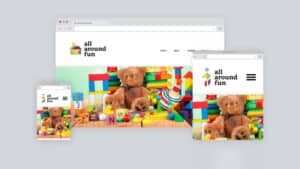 Logo Design | Client: All Around Fun 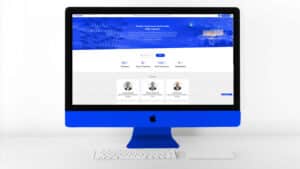 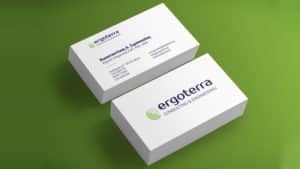